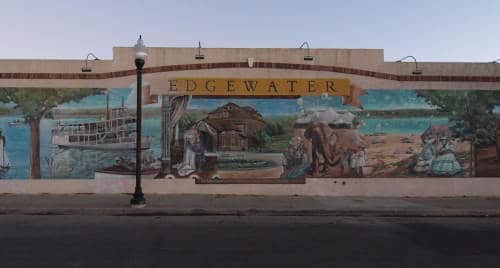 The City of Edgewater is a home rule municipality situated in Jefferson County, CO and is included in the Denver–Aurora–Lakewood, CO MSA. According to the 2010 US census, the City’s population was 5,170. Edgewater was incorporated as a city in 1901 and was named due to its close location in front of Sloan's Lake edge - the second biggest park in Denver featuring jogging trails and offering several outdoor activities like motor-boating, bird watching, bicycling, fishing, and many more.

Surrounded by the cities of Denver, Wheat Ridge, and Lakewood, Edgewater is a small lakeside community with a small-town yet unique charm. It is only a few minutes from Downtown Denver. Single-family homes and residential units mostly fill the City’s area along Sheridan Blvd., 20th Ave., and 26th Ave. There are also small firms found along the 25th Ave. “Main Street.”

The City has a semi-arid climate. Due to its close proximity to Denver, the climate is almost the same as the latter. Winters in the community differ from cool to cold with a little bit of snowfall while summers are hot and dry.

Services we offer in Edgewater