Content: What are they? | How much it costs? | FAQs 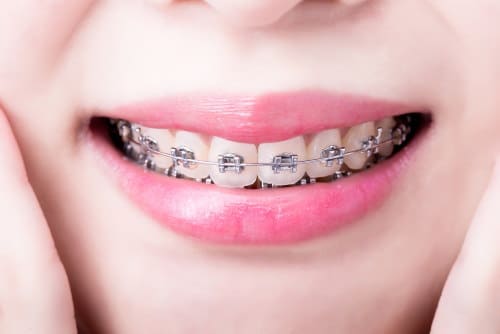 Traditional Metal Braces are not only affordable, but durable, and one of the most versatile orthodontics treatments as it can straighten even the most severe case of crowded, misaligned, and crooked teeth. Hardy Pediatric Dentistry & Orthodontics offers Metal braces Colorado to provide our neighbors with beautiful smiles no matter the budget. Schedule an appointment to find out if this treatment is best for you.

Traditional are a strong, versatile, and affordable orthodontic treatment option to straighten even the most severe cases of crowded, misaligned or crooked teeth Hardy Pediatric Dentistry & Orthodontics offers Metal braces Colorado to give our neighbors even, beautiful teeth no matter the budget. Schedule an Appointment and find out if this treatment option is for you.

What are Metallic Braces? 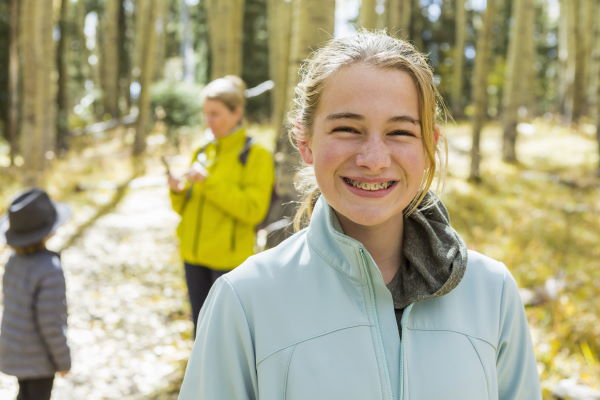 Metal braces are the tried and true method to straighten and correct misaligned teeth. It was the first orthodontic treatment available treatment and is a popular choice by patients until today due to its cost and effectiveness. Metal braces are made of high-quality stainless steel or titanium alloys designed to be durable and resist corrosion. The components of this orthodontic appliance are the following:

Although Metal braces cost depends on the type of material used and where you are getting the treatment from, the average cost can be between $3,000 to $7,000. Other factors that affect the price are your insurance, diagnostic tests, imaging, and x-rays.

What's great about these metal braces is that it is easy to brush your teeth. A clean mouth can pose fewer risks of developing cavities and tooth decay. Also, braces look good in the mouth. These benefits alone are enough to justify the cost of the treatment.

It makes sense to save as much as we can with this type of treatment; therefore, finding an orthodontist near your home, work, or place of study can benefit with saving money in the long run. Specialists with excellent patient reviews can also be beneficial as you don't need to spend extra cash to fix low-quality treatment. Our team has the expertise and education to perform any orthodontic treatment successfully. We also have financing options that can meet every needs and budget. We accept most PPO (and HMO if applicable) insurances and offer in-house financing.

See what other offers we have for our neighbors for Metal Braces in Golden, Colorado.

How much do Metal Braces Cost in Golden, Colorado?

Cost for Metal braces is estimated to range from $5,000 to $6,000. The price includes the first set of retainers. On average, Metal braces cost slightly higher than Invisalign clear aligners. Insurance may pay up to $1500 for Traditional braces.

Our orthodontics procedures include:

Hardy Pediatric Dentistry & Orthodontics believes that Colorado Orthodontics should be the very best so we offer high-quality treatments for our neighbors nearby. Have a look at the other Treatments we offer in Golden, CO and give us a call! More About us.

Experience the CO difference in Orthodontic Care for Golden

Golden is a home rule municipality of the city form of statutory government in Colorado. Its government is a city council/city manager form of leadership which consists of a popularly elected mayor elected by the entire citizenry, two councilors each representing a district comprising one half of the city, and four councilors each representing a ward of which each district is divided into two. These seven members of the city council are each popularly elected from their ward/district/at large and they serve as the governing body of the city. The council hires and supervises the city manager, who hires and supervises the city staff, which handles the daily operations of the city.

Golden was among the first municipally governed cities in Colorado and has one of the oldest continuously functioning governments in the state. To date Golden has held 91 popular elections for municipal officials since its first such election in 1860, including 85 regular elections and 6 special elections in 1860, 1879, 1882, 2005, 2006 and 2008.

How much does Metal braces cost with insurance in Golden?

Because metal braces are considered a cosmetic procedure, it isn't easy to find plans that will cover orthodontic treatments. Policies that do cover the Metal Braces Cost can reduce or more on the final cost.

How much does Metal braces cost without insurance in Golden?

Are Metal braces cheaper in Golden?

Are Metal braces bad for you - Golden?

Dental braces are not bad for you as long as you develop a good oral hygiene routine. Failing to brush your teeth regularly and thoroughly can result in cavities, tooth decay, and gum diseases.

Metal braces are faster than ceramic braces because of the precision that they offer to orthodontists. When your orthodontist has more control over your teeth, it will respond faster to the treatment. The average treatment time for metal braces usually goes around two years. Invisalign, on the other hand, can go somewhere between 6 to 18 months in treatment time.