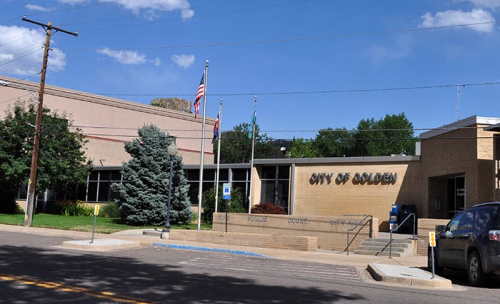 The City of Golden is a home rule municipality located in and the county seat of Jefferson County, CO. Formerly known as the “Golden City,” the once small mining camp has grown into a fully-developed town with a population of 18,867 according to the 2010 US census. It was previously the capital of the provisional Territory of Jefferson during 1860 - 1861. From 1862 to 1867, the City of Golden was the territorial capital of the official Territory of Colorado before the capital was moved to Denver City.

Bicycling is a popular and a common outdoor activity in the area. In fact, the City has become a constant participant in the USA Pro Cycling Challenge™ and the last destination for the Ride the Rockies circuit. Aside from bicycling, the City of Golden also features various recreational opportunities such as kayaking, hiking, mountain biking, golfing, and many more. Special events are also celebrated all throughout the year in the community. Events that commemorate the City’s history and exhibit art, music, and other fun activities for the family and visitors.

Downtown Golden is a historic place full of unique stores, creative galleries, recreation outfitters, fun music, exquisite cuisine, breweries, cafes, distilleries as well as taverns. Not only does the City provide numerous attractions and occasions, but it also has a picturesque backdrop of mountains, mesas, and the Clear Creek valley, making Golden one of the most scenic places in the state and a famous spot for outdoor enthusiasts.

Services we offer in Golden

Dr. Nam Hardy and Dr. Timothy Hardy takes care of Oral health for your children and Adults too!